I like to call this my intuition guiding me and if I don’t follow I get a kick up the butt!

Often we’ll see or feel signs. Something will happen, you’ll see repeat patterns or events and for me more recently it was at a particular location.

I’ve been keen to eat organic vegetables for ages, and I’ve been, somewhat, all talk. I would go to the organic veggie section at my fruit & veg market, but they didn’t have everything I needed so I’d grab them from the non-organic section…99% of the shop.

Now I’m not being hard on myself, I’m being honest with you.

I wanted to go to the local farmers markets, but Sunday is a bit late for me, and they’re only open on Sundays. If they didn’t have something I wanted then I’d want to go back to my fruit & veg market and frankly, I’m not driving that far!

Recently I was out at my fruit & veg market with Teddy. He was in the trolley, something we’ve always done – I get the trolley and he climbs in. We got all our goods and went to the counter where a woman serving told me he couldn’t sit in there, that OH&S didn’t allow it.

Now, as I reflect back this could have been a COVID thing, but that wasn’t mentioned. I smiled at the lady, did say anything, she felt the need to ask me again and I just smiled, we paid for our goods and left.

I pondered on it. Teddy didn’t seem worried, he did ask me about it – I told him everything’s ok.

The following week I was back at the market, and on this day I had to get potatoes to make a potato bake. I get all my veggies loose, except for those smaller things and I put them in reusable bags. I had 10 loose potatoes, and I put them up on the counter with all my other things. The lady serving, who I go to a lot – because she’s fast, asked me:

‘In future, when you get this many can you put them in a plastic bag.’

This wasn’t a question, it was a statement phrased as a question. I looked at her and smiled. That wasn’t an answer for her so she continued:

‘You can just put them in a plastic bag, then they won’t roll around on the scale and possibly fall on the floor. I can then put them loose in your bag. Is that alright?’

Now we had a question, and I just smiled. Paid for my goods and left.

In both situations my mind was running. As a child I was told ‘if you can’t say anything nice, don’t say anything at all’ – I had nothing nice to say (and I was doing my best to learn the lesson), so the best thing for everyone in that moment was to say nothing. Otherwise I might have said:

Seriously, it was better that I bit my tongue and smiled.

Then I had a lightbulb moment. Every week I go to an organic cafe that has whole foods…let’s change the way we shop. So now I grab everything I need from As Nature Intended and I get my organic fix!

This is feather, feather, brick – the Teddy trolley issue, the potato issue…and I got out before the brick hit me.

The brick can be:

Look out for the feathers, pivot and avoid the bricks xo 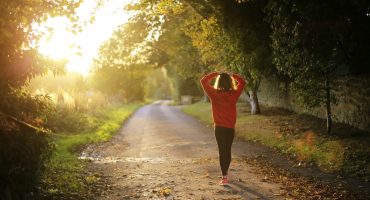 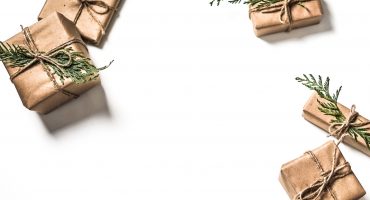